I’m going to try and be as honest as I can about #blacklivesmatter. Full disclosure, I am a 6′4″ slender white guy (caucasian). At various times in my life I’ve either lived below the poverty line or been a part of the middle-class. I’ve lived both an urban and country lifestyle in Canada. Basically, I’ve hit the genetic jackpot. I’m sorry to put it that way, but it is true, and that’s the horrible reality I’m writing about.

As a young white man in Canada, I don’t have to worry about very much. My worries are bills, building a legacy, and trying to make sure each month my girlfriend and I have a fantastic monthiversary. I don’t need to think about being stopped by a cop and being shot, or being racially profiled. That’s not to say I haven’t had bad experiences with power tripping cops, or seen my fair share of racism, but it’s just not a part of my daily life. In short, I know that it is highly unlikely my race will ever get me into a situation that can’t be handled.

I grew up in a multi-cultural family, and when I say family, I don’t mean just the people that I share a bloodline with. I mean the people that were consistently there. My Aunty Pam is Asian. My cousins are mulatto, and my Uncle Paul was their father—a black man. I have dated white, aboriginal, black, and brown women. I produced hip hop, and worked with many different races over the years. All of those I worked with were welcomed by my parents into our home, unless they were rude or disrespectful (white people included).

Some of my closest friends are black, asian, aboriginal, and brown. We all hang out together, mix and mingle, and there’s never a problem. Sure, jokes are made about racial stereotypes, but we all have the maturity to know that at the end of the day none of us are more important than the other. We all deserve to live a good life.

As a kid, it never even entered my mind to consider racism as a part of my mindset. My parents didn’t teach me to be racist, and I grew up with photos like this one around the house: 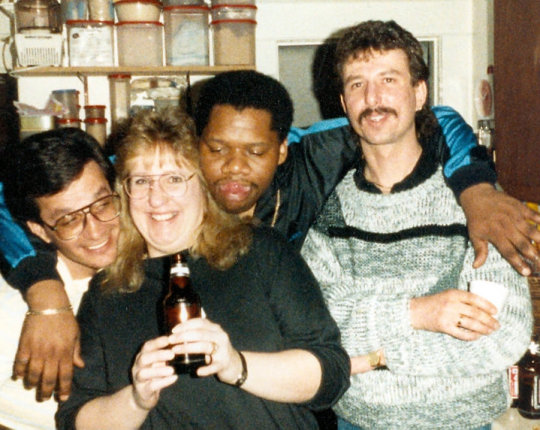 So what is my point? Well, #blacklivesmatter is the equivalent of my youth. As I was not raised to see colour, I just don’t (only to make a point like this one). The movement of #blacklivesmatter is a group of people teaching someone that it is not okay to judge a person by the colour of their skin, either. It’s also trying to highlight that black lives are seen as less significant in the eyes of the legal system than white lives. Statistically, this is true. My parents didn’t raise me to think that only white lives mattered, so why would you ever think that the #blacklivesmatter movement is strictly trying to teach you that black lives matter? The people behind it are just trying to say that they are the same as you, as me, as all of us, which is an undeniable scientific fact.

#alllivesmatter is the counter argument. On the surface it would seem like a positive movement. Perhaps you’re thinking, “well duh … all lives do matter.” You’d be right if you were to think that. However, #alllivesmatter was born as a response to #blacklivesmatter, which was a social justice issue … correction, a valid social justice issue. After all, there’s a lot of ridiculous social justice warriors fighting for non-causes. This cause is real. Now, you might be thinking, why isn’t the hashtag, #blacklivesmattertoo? Well, because when a movement starts, sometimes it takes on a life of its own. To be sure though, let it be known, #blacklivesmatter is about education and equality within the legal system. #alllivesmatter diminishes that cause because it doesn’t bring attention to the area of concern. Also, those supporting #alllivesmatter have likely never had a front row seat to that which is the plight of black people in America. Just because Obama is President, doesn’t mean black people suddenly have it easy. In Winnipeg, just because our Mayor is Metis, doesn’t mean that Aboriginal people don’t have challenges unique to them.

A human being is defined as a man, woman, or child of the species Homo sapiens, distinguished from other animals by superior mental development, power of articulate speech, and upright stance. No where in that definition does it say that being human is determined by the colour of one’s skin.

We are not born to know of racism, we are taught. Hopefully, we are all lucky enough to have people in our lives that teach us the opposite. That’s what #blacklivesmatter is all about—education. You want to feel smart, right? We all do. So educate yourself. Aside from a different shade, and some culture, we’re all the same beings. This movement is required for those devoid of education in this area as youth. It’s not shock and awe … it’s education and understanding.

Now, will there be some that take the message and contort it to suit their own agenda? Absolutely. Are there assholes out there exploiting the #blacklivesmatter movement to violent end? Yep, just like with the vast majority of causes. (*cough* Vancouver) Is the media out of control? Always. Those are the negatives, and they live in the minority. If you really want to seem educated on the issue, start examining the majority.

But really, you can’t be ignorant enough to believe that a single race is evil or wrong. If you actually believe that, you have a mental condition, and you need to seek help to revert the years of racism pounded into your brain.

That’s because when the chips are down and our rawest emotions are brought to the surface, we need each other, no matter who it is. Human connection helps. Many of us can’t feel hate in moments of tragedy because we’re too vulnerable. It’s like when your home is broken into, and you call the cops. Now perhaps you don’t like the police, but in that moment you are vulnerable enough to set differences aside and feel some comfort. It’s raw, and that is real.

As a side note, stats don’t lie. There is a huge problem and it is up to us to stand up to the problem and solve it. Please, next time you see racism, don’t let it continue. Step in, and shut it down. Without the good people of this world stepping in, the problem will only grow. Here’s a graphic I made after the recent violence against the police in the racial motivated Dallas shootings. 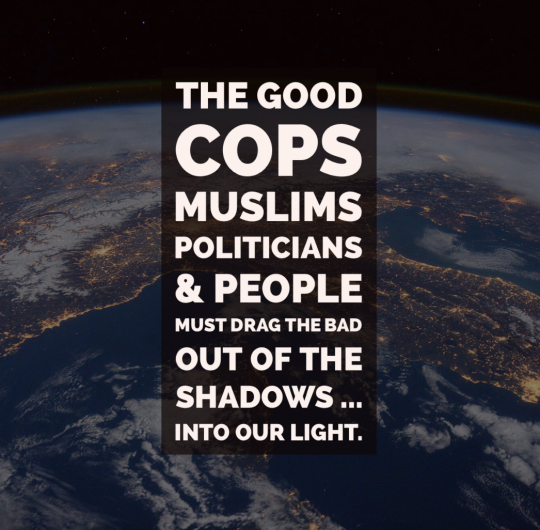 I am a white man, who has lived a life of diversity, and I’m doing okay. You can too. All you need to do is understand that there is no black, no white, no asian, no race … there’s just a unified human race, with some assholes added into the mix. If you judge others because of the colour of their skin, then you’re an asshole that needs help or punishment, depending on how far you take it.

Let’s deal with the assholes, and care for the rest of us. 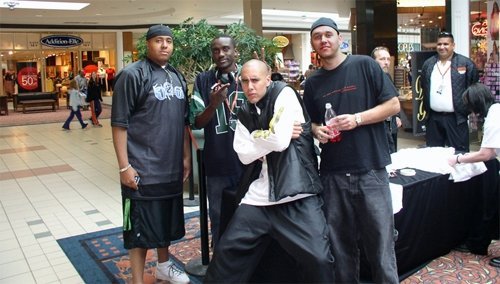 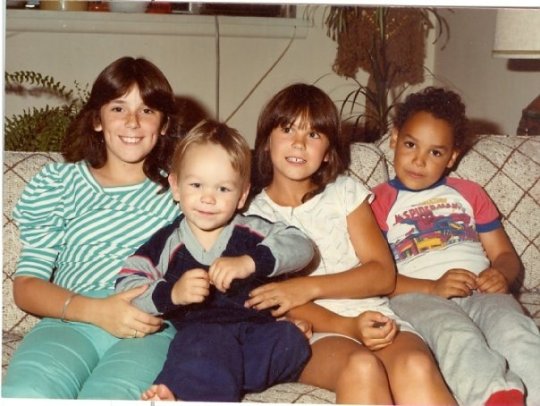 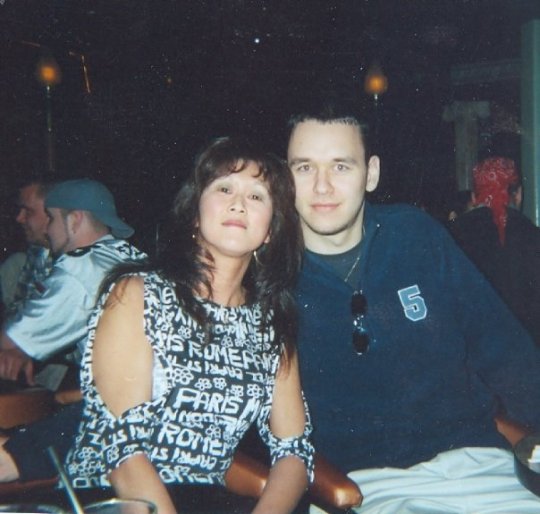 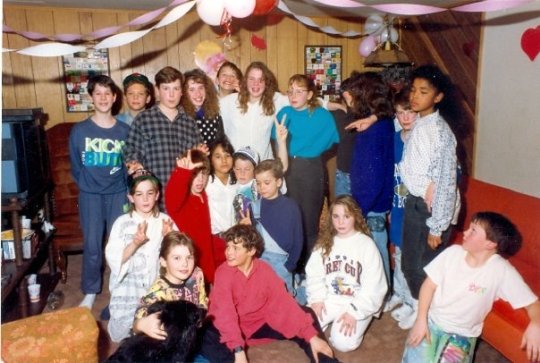 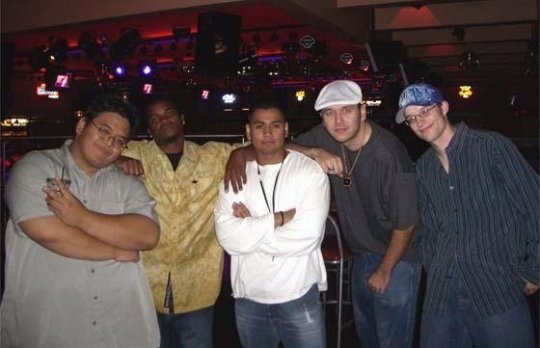 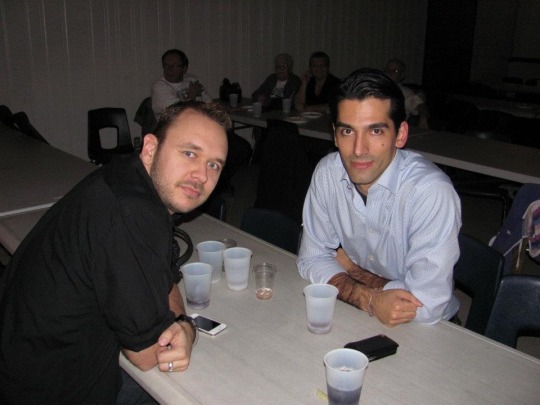